Meet the Executive Board!

With decades of combined experience, our Board is here to help you be successful with your career and your day to day issues.

Before becoming a CTR in 2008, Christena served 9 and a half years in the United States Air Force as a Medical Service Technician.  Given her military training, she was able to obtain her California Licensed Vocational Nursing (LVN) license as well as her Certified Professional Coder (CPC) credentials.

As an Illinois resident, Christena volunteered with the Cancer Registrars of Illinois (CRI) as the 2004 President-Elect and 2005 President.  She has also served as the NCRA Education Committee Chair. Christena is currently involved with the Banner Diversity & Inclusion Team Member Resource Groups and serves as the Veterans Lead AZ East.

As the Oncology Care Model (OCM) Coordinator at Banner Healthcare, Christena utilizes her CTR & medical coding skills to review patient charts to ensure compliance with CMS OCM & MD Anderson Quality Metrics.  Due to a correlation between the CTR and medical coding, she decided to also obtain the  Certified Hematology Oncology Coder (CHONC) credentials in 2020.

Christena has been accepted into ASU where she is currently enrolled in the Healthcare Compliance & Regulations Bachelor’s degree program.

Brian is a Cancer Registry Coordinator for the Phoenix Veteran’s Carl T. Hayden Medical Center.  He has earned and maintains his RHIT credentialing since 1993 and CTR certification since 1996.  Brian has been in the cancer registry field for over 25 years.  He has held positions in various settings including the state of Arizona’s central registry, community and centralized hospital systems, along with oncology reporting for local clinics.  Brian has been a longtime CRAAZ member and has serviced in the past as president, past president and vice-president along with serving on several board subcommittees.

Rose has been in the cancer registry sine 1981.  She has worked in facilities on the East Coast that were credentialed programs by the Commission on Cancer until she moved to Arizona in 2010.  She has worked in community and teaching hospitals all of her career.  She has a Bachelors of Science and currently working on her Master’s of Public Health.  She has had her CTR certification since 1993, obtained her RHIT certification in 1995, and plans to take the Certified Health Data Analyst certification within the year.  She has served on various state association committees, served as the Pathology Liaison for the NCRA, has been a part of the NCRA credentialing committee for educational programs, and has been an advocate for this profession at local communities, schools and colleges in the past.

Susan earned her A.A.S., in Health Information Technology in 1996, and earned her Certified Tumor Registrar in 1999.  She started her cancer registry career at the Arizona Cancer Registry in May of 1997.  Over the past 24 years, she has worked in multiple positions at the state registry, and adult/pediatric hospitals.  Currently, she works for Sonreg Solutions Inc., as a Senior Cancer Registrar.  Susan has assisted the Cancer Registry Association of Arizona as a General Membership Representative over the past two years and looks forward to serving as the 2021-2022 Treasurer.  Susan enjoys spending her free time with her family and close friends and looks forward to traveling in the near future.

Iris is the Director of Data and Client Services at Sonreg Solutions Inc. and earned her undergraduate BBA/BSc in Business Administration and Science. After graduation, Iris worked on receiving her CTR where she achieved in 2014.  Iris has been in the cancer registry field over 15 years and has served at several facilities settings including: hospital, clinic, state registry, and cancer centers. Iris has served on the Cancer Registrars Association of Arizona as a former treasure, past president, president, president-elect and is currently serving in 2021 as past president. 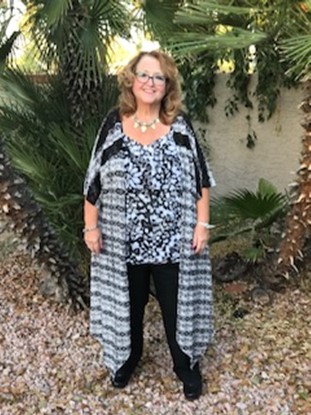 Joy has 15 years of Cancer Registry experience and healthcare positions for over 40 years, 30 of these years were spent in AZ.  Her job functions include hospital based registrar abstraction, private genomic research data collection and consulting for NSLT Lung NCI study.  Joy has also served on the AzHIMA and CRAAZ boards previously.  She enjoys the ability to learn from other registrars in our organization.  She is looking forward to connecting again with state and national members.